Cliona Hagan… A Life Destined To Be a Leading Lady In Country Music.
What feels like a few short months ago the legendary Queen of Country Music, Philomena Begley, during an interview on RTÉ’s ‘Late Late Country Special’ (2015) predicted that new comer Cliona Hagan would very quickly make her mark on the Irish and UK Country Music Scene to a viewing audience of 1.3 million.  True to those words Cliona has indeed took the scene by storm.

It has been an amazing couple of years for Cliona filled with Awards nights, Festivals, Arenas and Headline Tours

Awarded Female Vocalist of the Year at the prestigious Irish Post Country Music Awards (2017), and Sunday World Female Vocalist of the Year four years running (2017, 2018, 2019 & 2020). 2019 was an unforgettable year for Cliona – being announced as a Dancing With The Stars contestant and reaching the Final of the popular show on RTÉ 1. Cliona set out with her brand new band and ‘Dance On’ Tour at Easter, with a jam-packed schedule filled with dances, festival slots and performing to a staggering 9,000 country music fans for a second year in a row at the Farmers Bash in the SSE Arena, Belfast. Cliona released brand new album ‘Little Darlin’ and new DVD ‘Travelling Shoes’ before Christmas.

The New Year is already looking bright for Cliona, after winning ‘Female Vocalist of the Year’ for the fourth time in a row at this year’s Sunday World Awards. 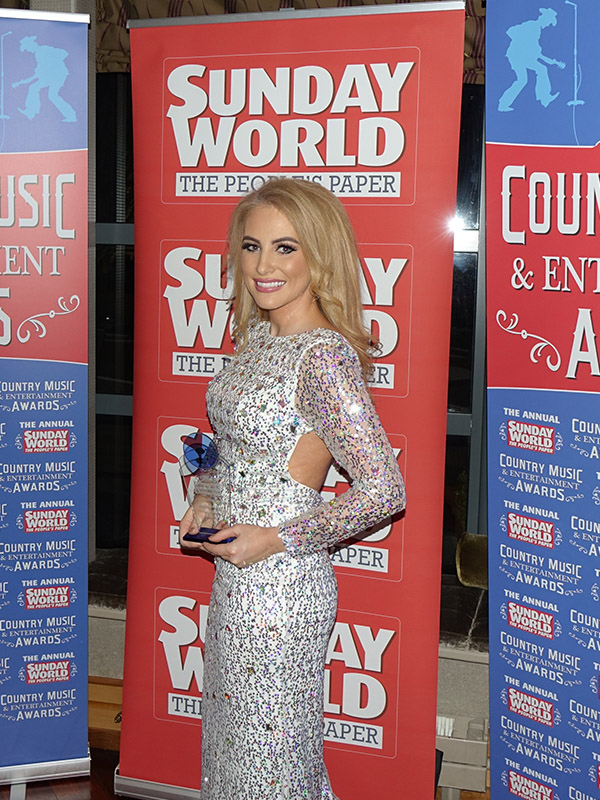 This young lady from County Tyrone’s love for music started at an early age, and encouraged and supported by her family and teachers, studied music and had her voice trained classically. Childhood performances included BBC Radio Ulster, The Grand Opera House Belfast, The Welsh Opera, BBC’s Hearts & Souls TV show and appearances on RTÉ which included The Late Late Toy Show.

Music was never too far away for Cliona – after getting A Levels, Cliona went on to study at Queens University achieving a Music Degree, then on to Edinburgh University, where she qualified as a Secondary Music Teacher. 2009 was an exciting year for Cliona, when she got to the finals of RTÉ’s “All Ireland Talent Show”, representing County Tyrone and Northern Ireland.

Cliona loved teaching but she always said “performing and Country Music was in her heart and where she truly wanted to be”.

Since launching in May 2016, Cliona has not only played to her own packed audiences, but also toured with some of the industries greats from Philomena Begley to Derek Ryan and Nathan Carter.

The Tyrone songbird hasn’t wasted any time when it has come to the studio either.  Releasing ten hit singles, including We’re All Gonna Die Some Day, The Cowboy Yodel Song and a duet with Michael English ‘Crazy Over You’. Her first studio Album released in October 2016 by Sharpe Music,  ‘Straight To You’  featured fourteen tracks that was said to be “a must have for any true connoisseur of country music”.

2017 was a busy year for Cliona – putting the finishing touches to her second studio album, Secret Love which has since been released under Sharpe Music. The first single from the album ‘Little Darlin’ was released on 8th September 2017.

In 2017, Cliona was also named Hot Country’s Most Promising New Act and this singing sensation has now been named Female Vocalist of the Year at the prestigious Irish Post Awards.

Cliona’s amazing talents has also brought her to the small screen hosting her very own Country Music Show ‘Keltic Country Ireland’.  Numerous appearances on RTÉ, TV3, TG4 and Irish TV brought attention to her special brand of country music to the masses, including tours in Ireland, England, Scotland and Europe.

At he start of last year, Ciona joined Irish country’s golden boy Derek Ryan on his hugely successful Irish tour for album The Fire and in February 2018, Cliona won Female Vocalist of the Year for the second year running at the Sunday World Awards. May 2018 saw her once again lift an Award as she given yet another accolade at the Hot Country Awards – this time for ‘Entertainer of the Year’.

June saw Cliona release her brand new album Secret Love which included hits Born To Run, McCarthy’s Party and Stop Cheatin’ On Me, which she performed at a number of festivals over Ireland.

October 12th was a highlight in Cliona’s 2018 diary as she performed to over 8,000 country music fans at the hugely successful Farmers Bash in the SSE Arena, Belfast. Cliona joined fellow Irish country greats Derek Ryan, Lisa McHugh, Johnny Brady and Philomena Begley for an unforgettable night to both Artists and Fans of country music.

Following multiple appearances on RTÉ’s The Late Late Show with Ryan Tubridy, Cliona released single Hallelujah at Christmas time as a treat to her dedicated army of fans throughout the year.

2019 was an unforgettable year for Cliona – being announced as a ‘Dancing With The Stars’ contestant, stepping out of her comfort zone and reaching the Final as runner-up on the third series of the popular show on RTÉ One. Cliona spoke of her time on the show, “you have to always not let fear rule you and hold you back… that’s my motto in life. I have not been in my comfort zone when it comes to the dancing, but I gave it my all, everything, blood, sweat and tears”, adding that she “can’t thank the people who showed [her] support enough”.

Little rest for the Dancing finalist, Cliona spoke of her excitement; “I can’t wait to get back on the road” to see her army of dedicated fans, and the people who supported her throughout her dancing journey. At Easter, Cliona set with her brand new band and announced her very first headline concert show in the Autumn – The ‘Dance On’ Tour, visiting venues across Ireland, after a jam-packed schedule in the Summer filled with dances, festival slots and her first trip to Nashville – the home of country music!

The Late Late Country Show was a memorable milestone in Cliona’s 2019 calendar, performing with her sister Nicole on RTÉ’s hit country special. Alongside bucking with Ryan Tubridy ahead of the show on the streets of Dublin. Other performances included The Nolan Show on BBC 1 and interviews on UTV Life, Ireland AM and various Radio shows including RTÉ Radio 1.

Before Cliona embarked on her headline concert tour, she launched the ‘Just Sing’ Music project for school children across Ireland,  involving a series of workshops directed by Cliona and her creative team – concluding with a performance alongside Cliona on stage, as part of her ‘Dance On’ theatre tour.

Cliona spoke of the new project, “I can’t wait to bring my Just Sing workshops to schools across Ireland. I really want this project to help young people get a kick-start into Arts and Music”. Stating that having the students perform alongside Cliona as part of her headline theatre concert tour “will be such a privilege”. Cliona has always strived to promote music in communities across Ireland, with the aim to inspire the younger generation to take an interest in music.

New single releases – 2019 was the year of new music for Cliona releasing original songs ‘Get Your Redneck On’ and ‘Keepin’ Cool Company’ before the double-release of her brand new album ‘Little Darlin’ and new DVD ‘Travelling Shoes’ before Christmas. Cliona also teamed up with Derek Ryan for the hit song ‘Only Getting Started’ which rocketed to number 1 on the Irish iTunes Country Chart in less than 24 hours! The pair performed the song live together, as well as ‘Shallow’ taken from the soundtrack to ‘A Star Is Born’ originally performed by Bradley Cooper and Lady GaGa, at the 2019 Farmer’s Bash in the SSE Arena, Belfast, after Cliona’s own set filled with songs old and new, to 9,000 country music fans.

Cliona spoke of her new album; “I’m hoping that by giving people a better understanding of my songs, and the background to why I went for each one, it will help them get to know me better as a person and an artist”.

Speaking of the year ahead, Cliona spoke of her plans; “For next year, I’m going to have a short break in the New Year before I go back on the road again doing gigs. Hopefully I’ll get to concentrate more on my own songwriting, and take up whatever opportunities come my way. If 2020 is as good and busy a year as 2019, I’ll be happy!”

The New Year is already looking bright for Cliona, after winning ‘Female Vocalist of the Year’ for the fourth time in a row, at this year’s ‘Sunday World Awards’ at the end of January.

Here is a list of Cliona Hagan’s awards and achievements to date. 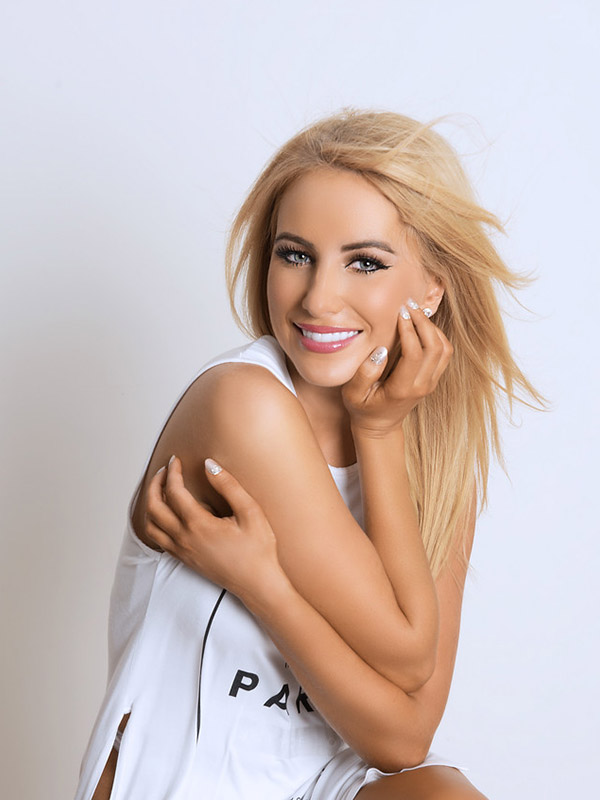 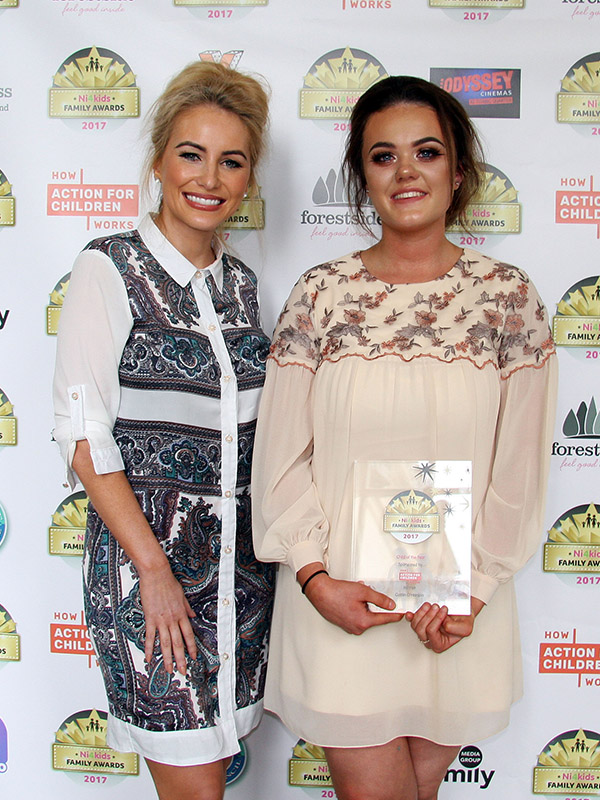 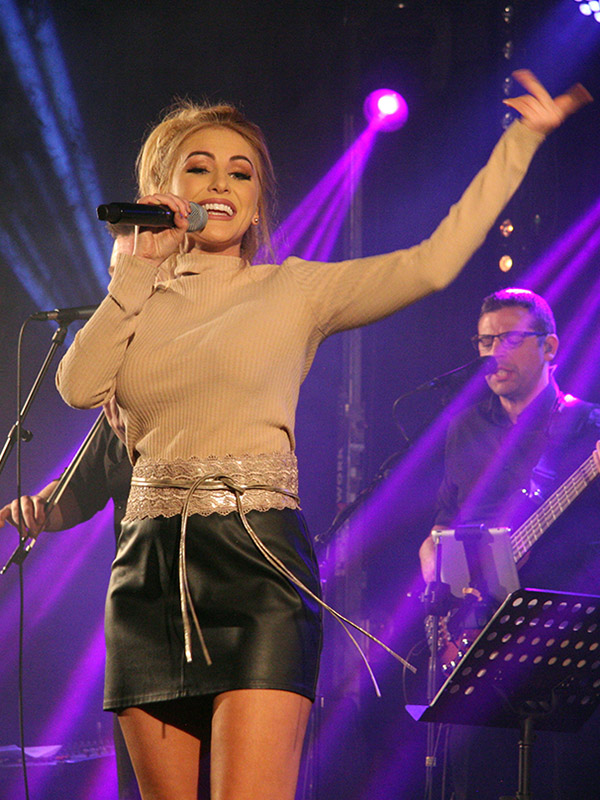 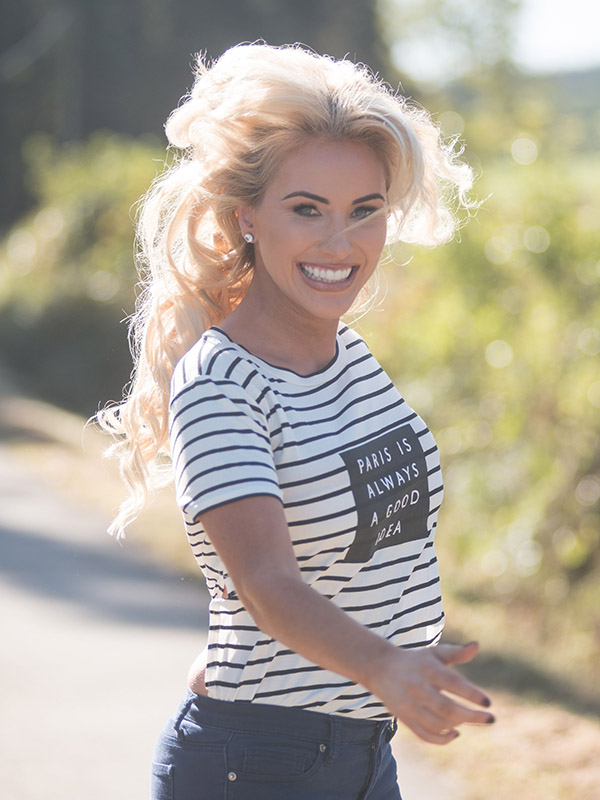 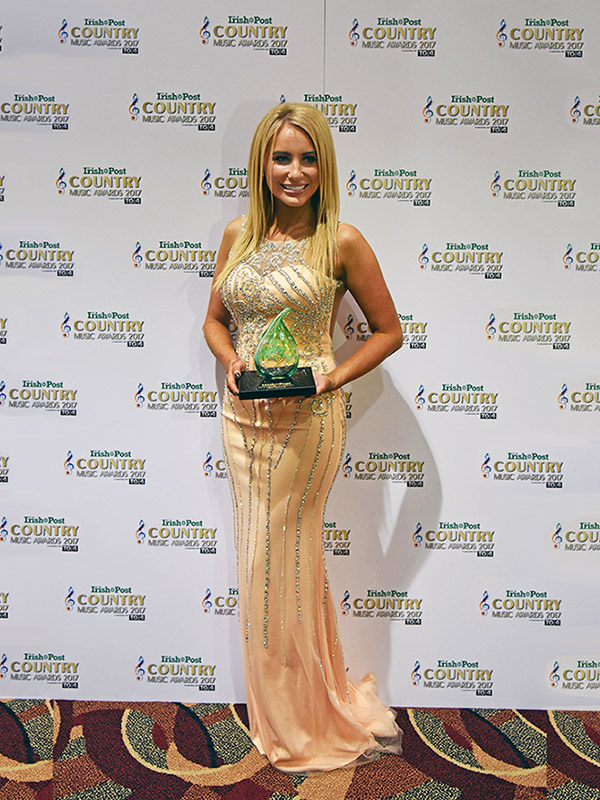 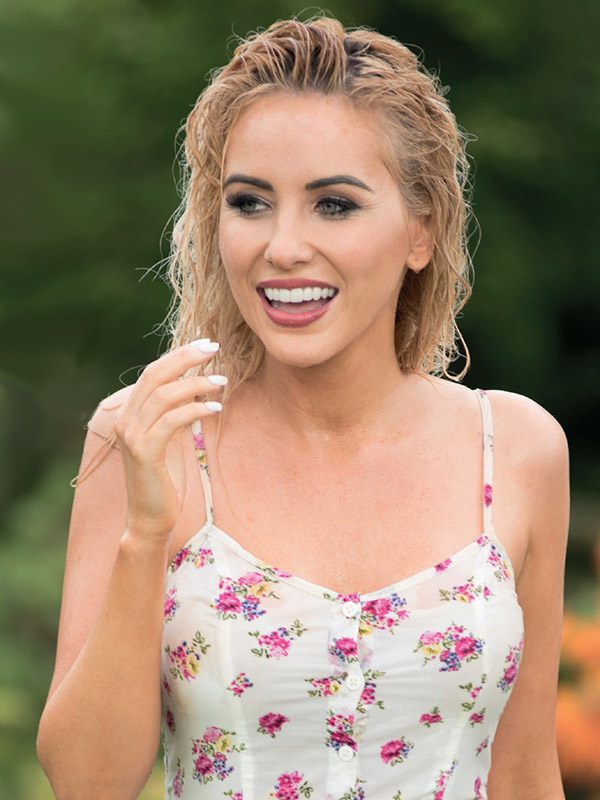